8 best things to do in Brussels

Brussels is the political heart of Europe, but don’t get mistaken to think that Brussels is all about the European quarter. It is also the heart of comics, music, all kinds of art and delicious waffles. It’s doubtful you will ever be bored in Brussels. There are many different international communities and tribes with various interests which you can connect with and participate in never-ending activities. You don’t know what to do in there? Come here, kitten. We will give you a list of the 8 best things to do in Brussels.

The Atomium is one of the most popular attractions in Brussels. This 102 m tall building (believe us, it is a building), was built for the Expo 58, also known as the 1958 Brussels World’s Fair. The Atomium was built to represent a more humane world that would use atomic power for peaceful scientific and technological progress. Go for a panorama view or a viewpoint (best spot for pictures), you will be amazed by how beautiful this city looks from up. Check out Atomium’s website for practical info and prices.

Spend around two hours sampling five different types of beer, learn the secrets of Belgian beers and even be introduced to the magic of brewing. In this beer tasting, you will be able to learn the proper way to taste beer and have a fun time with possible new friends. A great choice for the rainy days when you do not know what to do in Brussels.

If you are visiting Brussels in the spring, you will be lucky to book a visit to the Royal Greenhouses of Laeken. The Greenhouses are located in the park of the Royal Castle of Laeken. They count with a diversity of plants from tropical, subtropical and cold weather. For a symbolic price of 2.50€, you can have a wonderful visit full of blooming flowers.

This fascinating traditional puppet theatre is the only puppet theatre active in Brussels nowadays. In a taverna style, you can drink all kinds of beer or wine (if you are a fan) among the marionettes and check out their marionette museum to see who is already retired from the stage. You’ll have an atypical puppet show experience. It is one of the nicest things to see in Brussels for sure.

Bozar is a centre for Fine Arts in Brussels. It offers the most diverse artworks: architecture, literature, cinema, theatre and dance. You can even join one of the many lectures held at Bozar. A mixture of classic and contemporary you’d never guess what’s inside of Bozar’s building, which serves the best of both worlds.

One of the reasons why Brussels is considered the heart of Europe is because the European Union is right there, bringing a very business-like look to Belgian neighbourhoods. Whether you are interested in visiting the European Parliament, the Parlamentarium or curious about European History, you can plan a full day of activities in the European Parliament Premises. You can even include a beautiful Citizen’s garden in your list, located in the former residence and studio of the 19th-century artist Antoine Wiertz.

In Franco-Belgian culture, comics occupy a separate niche and are considered the ninth art. You can read more about Comics in Franco-Belgian culture here. Belgian streets could not look different. Pay attention to your surroundings and even to the ceilings while strolling around in the city. You might find one of your favourite comics’ characters just doing their business. Check out this map with a Comic Strip Route.

If you fancy a local friend to accompany you in a Brussels adventure, download the UNBLND app. Want to go to a museum? A bar? A walk in the park? Just say it. UNBLND will look for the nice people for you. UNBLND is a Belgian company, fyi. ;) You can find UNBLND on Apple Store and Google Play. 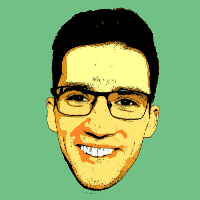